Home » News » News in English » Alien Frontiers in 8 languages? It’s up to you now! 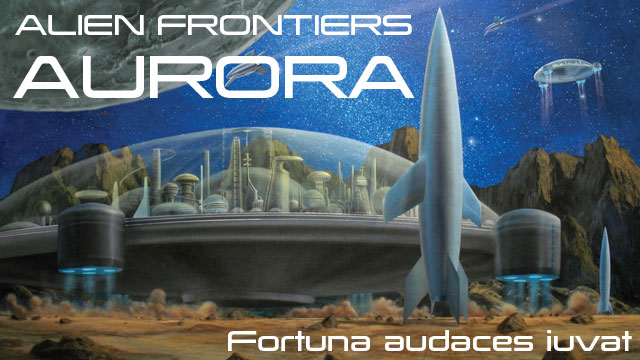 The Alien Frontiers board game by Clever Mojo Games was one of the first successfully funded board games on Kickstarter.
Now LocWorks, a small publisher based in Poland, is calling out to board game fans around the world and asking for help with the funding of Alien Frontiers: Aurora, the new multilingual version of this BGG Top 100 game.

If successfully funded, the game will be fully localized into Czech, Dutch, French, German, Italian, Polish, Portuguese and Spanish.
The platform chosen for the crowdfunding initiative is Ulule.com. With 861 projects already funded by users from 103 countries, Ulule.com is an excellent venue for multilingual projects, also because the platform is available in English, French, German, Italian, Spanish and Portuguese.
For more information and updates, see: